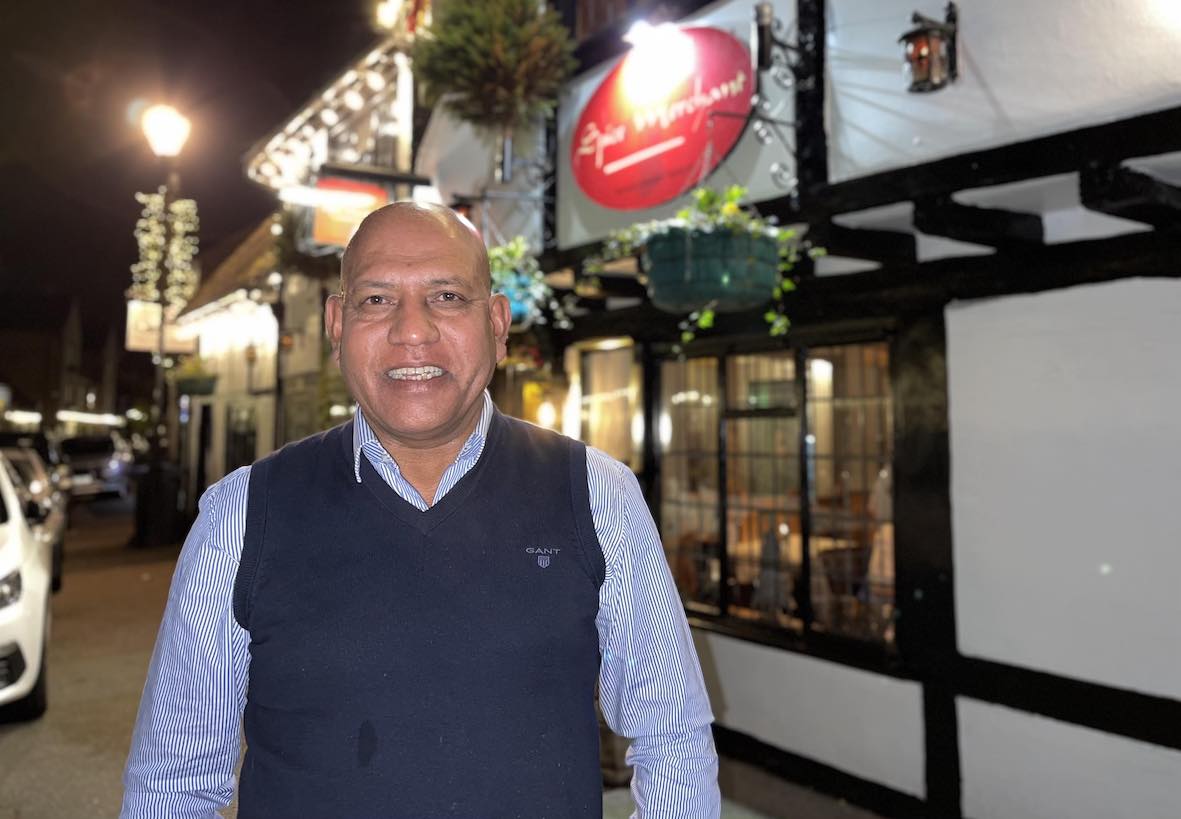 Curry Legend Bashir Islam has been an inspiration to the curry industry for many years, with an approach based on mutual respect

Restaurateur Bashir Islam’s motto is simple: ‘promise less and give more’. His philosophy in life is to give people more than they envisage, to over-deliver and to exceed expectations across all areas of the business, from the kitchen, to the service to the front of house.

We’re meeting at one of Islam’s three restaurants (although over the years, Islam has been involved in plenty more). The Spice Merchant is located in the historic area of Beaconsfield Old Town in Buckinghamshire, with the other two (also with the same name) in Henley-on-Thames and Cookham, and describes itself as serving ‘contemporary Indian cuisine’. On the menu, it says, you’ll find ‘traditional Indian pot dishes, such as Bhuna and Jalfrezi as well as a selection of more modern and creative dishes’. The decor reflects this approach too, with wooden floors, large mirrors and opulent lighting.

Bashir Islam came to the UK in 1976, working in a succession of Indian restaurants in various locations, starting in Palmers Green, moving on to Crystal Palace, then Leyton and also Portsmouth. He then completed stints at restaurants in Uxbridge and Gants Hill, before settling in Beaconsfield. His first restaurant – Tropical Curry, was opened in 1980 in the modern part of the town and, he recalls, was the first such Indian restaurant in the area. In 1983, he opened his flagship restaurant, The Cookham Tandoori, in partnership with his brother (now called The Spice Merchant Cookham) and then in 1994 the one where we are sitting today. The Henley restaurant opened in 2005.

Many chefs cut their teeth at the Cookham restaurant, before embarking on their own hospitality ventures and founding successful businesses of their own. Bashir has also helped to fund many of these, providing start-up capital (rather than going into partnership) and being an inspiration for many in the curry industry,

He shies away from being called an inspiration to the industry and a business mentor, however and doesn’t believe he has done anything too differently from anyone else. He says his approach is down to a simple premise: if you treat people well, they will respect you and stay with you. And similarly, he says, do not work for someone who doesn’t respect you and always ensure you take pride in your work.

“I never forgot who I am, and where I came from and that is why a lot of people lose their way,” he says. “You must not forget who you are or your identity –  once you lose this you have nothing.”

Bashir likes to put the emphasis on creating a family environment at his restaurants, where everyone is welcome, whatever their role.

“When you work here with me it’s like a family because I worked for others before and have been treated very badly,” he says. “I thought this was not right – people who work for me, this is like their home, they should feel comfortable. If people need help, I want to be there for them. Indian restaurants do not do things by the book – everyone is our friend, we are like one big family.  Everyone is capable of achieving anything and we try to give people what they want.”

Testament to this is the fact that many of his former staff speak very highly of Bashir, and remember him for the level of training he offered – not just with regards to the food business but around customer service too. As one employee explained while we were there, his success is down to what Bashir has taught him. Bashir too says he has not come across a single person yet who has previously worked for him and doesn’t want to talk to him again.

“Most of my staff started with little or no experience, I trained them from zero and occasionally brought some in from other restaurants,” he says. “Anyone who works with me knows what is expected of them; it’s an amazing cultural experience working in a restaurant. As an owner I can provide nice lighting and supply the food, but cooking and serving dishes is all down to the team. So if you book for dinner and the person serving you is not properly dressed or does not have a clean appearance, you are not going to eat there.”

Bashir Islam is also astute, being able to spot the right people to work with and bringing out the best in them. He acknowledges that one of the biggest challenges throughout his time in the industry has been finding the right staff. While he might have many ideas that have proved successful, he says you can make so much more of these, and the prospects are much more exciting, if you have the right staff by your side.

He’s also spotted gaps in the marketplace, and as he puts it, ‘been able to seize an opportunity.” The Spice Merchant for example has its own online delivery system, called Feast Online.

“I see things a good many years before others,” he says. “If you look at the likes of Just Eat, I created Feast Online. I could see that many Indian restaurants were proving to be very popular but we needed to get quality food delivered to people’s doors. I invested money in establishing this online food delivery system for my restaurants.”

Enjoy what you do

While not a trained chef, Bashir also enjoys creating dishes, and has put his own stamp on the menu at The Spice Merchant, including a take on Chicken Tikka Masala, with lots of spices to give the dish a bit of a kick.

“I am not a chef and have never been one but I have a very good understanding of food,” he says. “I use top-quality products – I like going to markets and seeing fresh produce, I can’t compromise on quality. And you also need to understand spices and why you are putting a particular one into this curry over that one. If you don’t enjoy it, it’s quite simple – don’t do it.”

At the age of 65, Bashir acknowledges that he is close to retirement (neither of his three children are interested in taking on the family business) but that hasn’t stopped him thinking about new ventures – he plans to open a fish and chips shop in Henley.

“I don’t know how it will work, I am too old to do this job,” he reflects. “The only thing I say to people who are thinking of opening a business is to make sure you give everything you have within yourself. Never undermine your competitors, respect them. And if you don’t know something, study what is already out there, but always think about how you can do it better. Learning never finishes. Don’t do something for the sake of it. If you are not happy with something don’t sell it, if you can only serve 10 people tonight then don’t serve 12. You might lose two customers today but the other ten will come back again.”