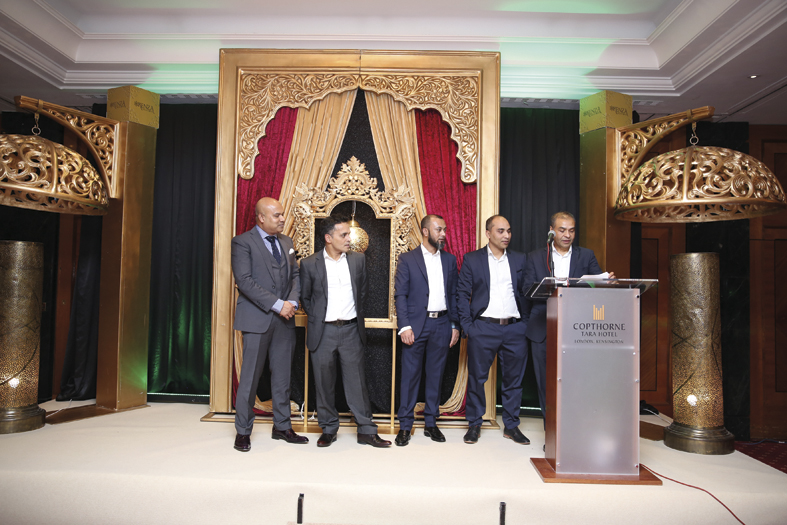 I had the wonderful opportunity to speak to The Founder and Creator of The Mint Catering Group over a coffee and speak to him about his passion for the food industry, how he got there and the highs and lows of his business journey. I also got to find out about how he got married in between all the restaurant ventures, the trips back and forth to Bangladesh and how his foodie time abroad has helped him achieve and master his final vision.

Tell me about your relationship with food as a child?

Well as a child I saw my mum cooking and heard good things about her cooking from back home in Bangladesh and I tried to get involved at home with her cooking, if she was cooking something I was on the side watching her and giving her ideas and then we would end up making something completely different altogether.

Growing up during the college years and my twenties

It started when I was at college studying for Business Studies as everyone did at the time and one of my uncles took me to his restaurants for some part-time work in Crawley (Brighton) in the early nineties when I was just twenty years old. It was the long holiday period when I started there six days a week. There was many other staff there chefs, caterers from the older generation and they pushed me into a higher position, so I started at front of house for a good few months, and then after three months my uncle said he was going to get married and I had to run the restaurant, so I was literally thrown into the deep end. I was put under a lot of pressure but I took charge of the running of the kitchen and front of house but I was enjoying it at the same time. I loved seeing the food come to life and was very involved with food giving different ideas to the chefs, like why don’t you add this or that and I ended up changing the recipe every time (laughs).

So what was your first Business Venture?

I took some time out to work out what I really wanted to do, and all I knew was that I enjoyed working with food but still not sure exactly what. But I needed to do something for myself to stand up on my own feet as my family was suggesting and also putting on the pressure to get married. But I went in a complete different direction from the catering sector and at the time in the mid 90’s there was a growing popularity in becoming a driving instructor and owning a driving school you know like BSM, I had to get serious about things now. So my first venture was completely off track, I managed to get a few friends and business partners together and invested in the business of owning a driving school, even though I wasn’t a qualified driving instructor. By four months we had about thirty cars, it was doing really well, I felt that the business was well established and on its feet so that’s when I left my partners in charge of the business and travelled to Bangladesh to finally go and find a wife.

When I was in Bangladesh I stayed there for quite a few months to decide who I wanted to get married to, it was a long process of checking out potential brides and I didn’t like some of the aspects of the traditions. My mother on the other hand was quite good who gave me plenty of time to choose as I wished, and then I knew I had to stay a long time to make a decision and choose the right person but I wasn’t happy with the choices given to me, Then through a friend I met a girl who I eventually liked. My mother got fed up after six months and said “right I think we have had enough time now, have you made a decision otherwise we are heading back to the UK”. It was at that point I said I had someone in mind, from thereon it was a very fast process of checking out the family background, arranging the marriage date through my family, it took about six months altogether.

When I arrived back to the UK and after seeing a decline in the driving school over a few months, it didn’t work out due to many reasons and I ended up becoming in debt and had to sell all the cars. I tried to save the business but it was better to close it down. I needed to do something and the only thing I knew was catering. But the thing I hated was alcohol and I wanted to avoid that, even though my uncle’s offered me a decent percentage of the profits, but deep down it wasn’t right for me. Then I was offered another restaurant management project after staying there for a week I decided that it needed a complete restructure to get it back upto standard again, that’s what I have been doing for the last 8-9 years. During that period I started going back into the kitchen again and began changing the menu again by chopping and changing things around like I did with my mum just a bit of innocent experimenting here and there. I then discovered that no one in the food industry has traditional home-cooked menus, instead they all had a gravy base. There wasn’t anything like home-cooked fusion dishes.  One dish was chicken with tarragon that I created. Then there is a traditional Bengali lemon called the ‘Shatkora’ that originates from Sylhet, I created specialty based curries from that fruit and it had such an amazing response from the customers.

A couple of my friends had a restaurant and catering company and I was called in there to help restore the restaurant after the success of the last project.

I looked into that project and the first thing I said was taking out the alcohol bar and shorten the menu with just a few authentic dishes not twenty. We also looked into the wedding sector and introduced the waiter service, crockery and cutlery into the Asian catering industry rather than the plastic disposables used in local community centres at the time and over time we became the local Bengali household name in the community for Asian wedding catering. There was even someone who came from Bristol who wanted to print our name in the invitation in recognition of the reputation and prestige we had. I always wanted to do something big, so during that time

I made a business plan to create a banqueting hall. I took ownership of The Leyton Town Hall, which I planned to call ‘Entourage X’ a multi functional wedding banqueting hall, restaurant and on site catering. It was closed for ten years. It was a great listed building and had lots of potential but in 2011 I lost out big time due to the issues from the conservation officers which were really delaying the opening and it was resulting in huge debts of rents mounting up and I had to sell assets back home to pay everything off. It was the worst time loss for me in many things. It was better to let it go, it was a really tough time, I was lost, but after that I headed to Bangladesh again for a long break and disconnected from everything and everyone.

By 2009 I had left the partners to leave to go on a long foodie trip to India, North Bangladesh, The Middle East, Goa and Calcutta again. I tried all sorts of food, from street food to fine dining and taster sessions with the best 4-5 Star Chefs. I started getting involved again with the ideas and recipes and still loved it. Then I finally came back with a light bulb moment and `I knew that catering and cooking was my passion every single time.

One of my good acquaintances was trying to track me down with a banqueting hall project in Tunbridge Wells. When they finally got hold of me they asked me to join there venture and I agreed to manage the project for a while to help them out but I knew it was temporary and I was still going to have another sustainable business that’s when I finally started up  “Mint Caterers” with my business partners who I want to thank for there help, they are; Safiul Alam, Abu Taher, Shahedur Rahman, and Jahangir Hasan Mintu, who all collaborated the new business concept based upon the aroma and taste of the mint leaf that is used in food and beverages. They have all been amazing and thank God we are doing very well. We have put our business heads together and achieved to gain the credibility of many of the top 5 Star Hotels such as The Hilton, Chigwell Marquees, Radisson Group, Fennes Estate and many more by providing a bespoke catering service for all occasions and all people not just the Asian community and it has worked out really well, thanks to God. My future plan is to keep doing this and expanding within the hotel sector for another few years and then I plan to retire and relax finally inshallah.