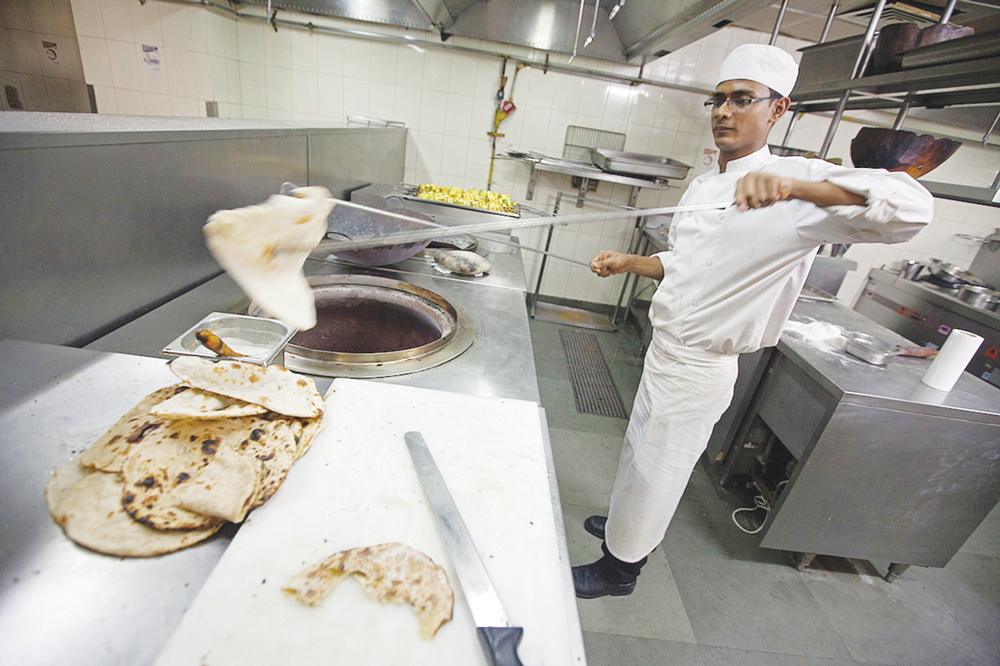 INDIAN RESTAURANTS ARE struggling to reopen following the easing of lockdown restrictions as they do not have enough staff, with recruitment for skilled roles such as Tandoori chefs remaining a challenge.

Mohammed Atikur Rahman, owner manager of Watford-based Indian Sizzler says he is trying his best to keep the restaurant open for as many hours as he can.

“I might have to close at certain times as I don’t have enough staff to keep up with the number of customer orders,” he says. “Some staff were put on furlough during the lockdowns but they have since found other work and don’t want to come back.”

Rahman has advertised for staff on social media, via Facebook and through an agency but says the majority of applicants are wanting more money than he can afford to pay. As Rahman points out, his business too is recovering from months of closure owing to lockdown, and he cannot justify putting prices up to pay increased wages to staff. The effect of Brexit is also having an impact; previously Indian Sizzler employed staff from Eastern Europe, but Rahman says many Europeans have returned home, a combination of Brexit and the pandemic making it less attractive to stay in the UK.

The Derby Telegraph recently reported that the Marigold Indian in Tutbury did not reopen the week of the 17th May, when in-door dining resumed, as it could not find staff for positions including chefs, waiters and pot washers. The restaurant was closed throughout the various lockdowns, resulting in staff moving on to different roles.

Oli Khan MBE, senior vice president at the Bangladesh Caterers Association, says staff shortages have been a long-standing problem for curry houses. Tough immigration rules mean restaurants are unable to hire skilled chefs, while the curry sector is also suffering from succession issues. Many children are reluctant to follow in their parents’ footsteps and join the family business, pursuing other careers instead. The pandemic has made a bad situation even worse.

“The pandemic has certainly not helped – many staff were furloughed, but since a lot of restaurants don’t have contracts in place, when it’s time to come back, staff have moved on to other jobs,” says Khan. “Many Eastern Europeans who worked in curry houses have also gone back home or they are in alternative employment.”

Training colleges have previously been set up to encourage potential staff to learn new skills, but Khan says these are not a workable solution. “They closed because not enough people were signing up for the courses. It’s a real challenge to recruit skilled roles such as a chef, tandoori chef or sous chef,” he says. “More needs to be done to recruit staff from South East Asia, semi-skilled staff who could train here for three to four years to become a skilled chef.”

Last month, trade association UKHospitality released findings from its survey of hospitality workers, revealing the extent of the staffing crisis facing the hospitality sector. It said the shortage of front-of-house staff and chefs is particularly acute, with 80% of those surveyed reporting vacancies for front-of-house roles, such as waiting and bar staff, while 85% are in need of chefs. The survey suggests a current vacancy rate across the sector of 9% – which implies a shortage of 188,000 workers.

The survey also showed that for overseas workers, many of whom returned home at the beginning of the pandemic, travel restrictions were a primary reason they had chosen not to return to the UK. Nearly a fifth said the cost of quarantine on return was preventing them from coming back.