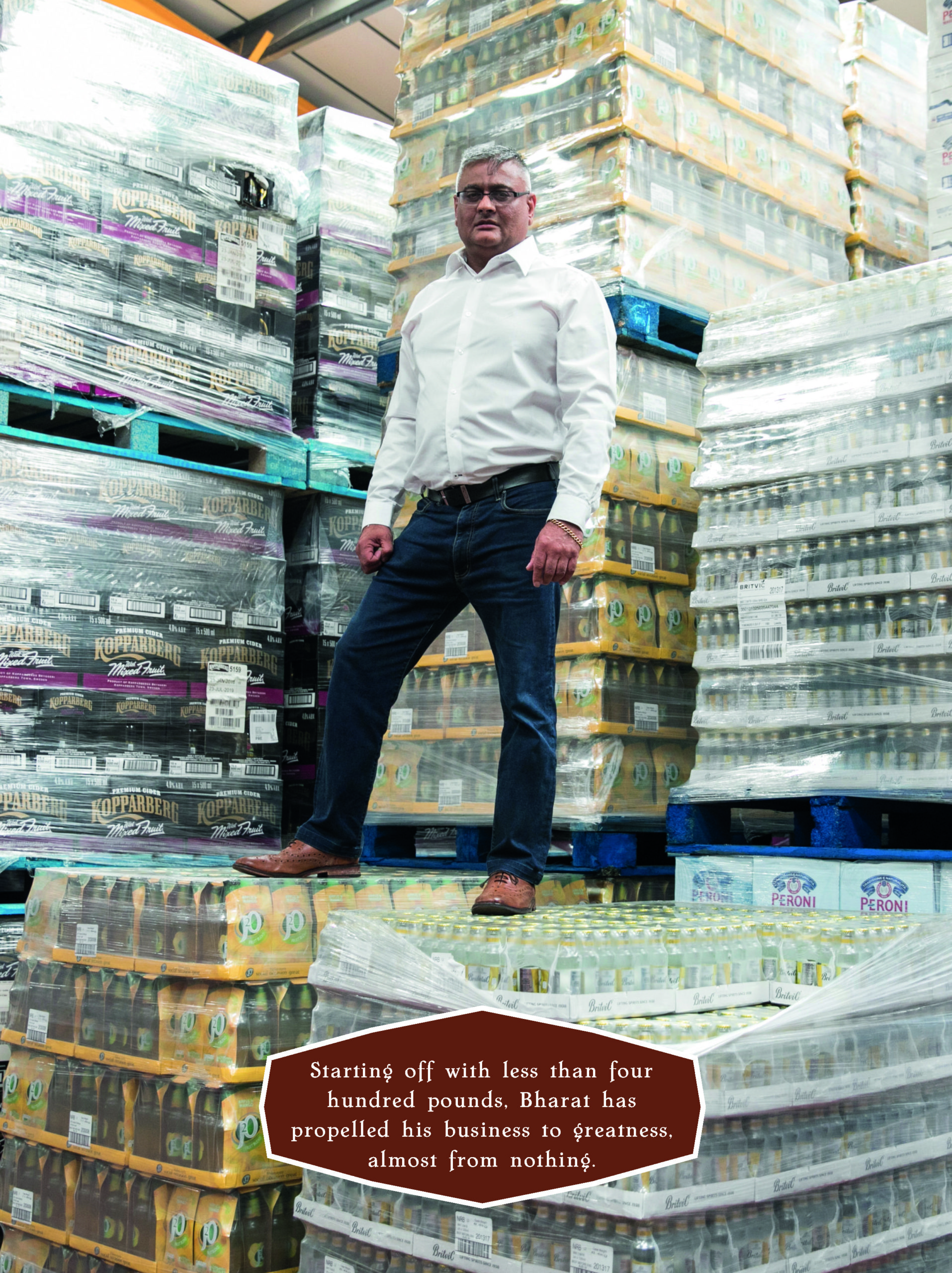 Running a success full business has been a dream come true for Leicester-based British-Indian Bharat Bharania. He speaks to Curry Life Editor in Chief Syed Nahas Pasha about  his enthralling journey and shares all it takes to scale new heights.

A strong believer of ‘there’s no shortcut to success’, Leicester-based British-Indian Bharat Bharania has made it big in the UK with this winning formula. Starting off with less than four hundred pounds, Bharat has propelled his business to greatness, almost from nothing. He left behind his family property and assets in Uganda, before he arrived in UK with his mother, brother and four sisters in 1972. He began school and part time work in Leicester, a year before he touched teenage.

“My first job was at a  chips shop, where I used to carry sacks of potatoes, put them into the peeler and then the chopping,” he recollects. “It wasn’t one of the most friendly times – bullying and racism was rampant back then. Now when I look back, I think it just makes you stronger. Because of everything you have gone through, you become more street wise, smart and bold.”

A confident Bharat then went on to pursue an apprenticeship (in Heavy Goods Vehicle) for 4 years. After a few years and some experience in retail business, Bharat moved to Greece for two years. “As a trader, I sold rice, grains pulses to those based in the shipping industry – most of the workers in the shipping industry were from India, Pakistan, Bangladesh and Philippines and as these items form their staple diet, business was brisk. Greece, during those times was No. 1 in the shipping industry, so we were supplying in bulk to ship chandlers &  super markets,” he explains.

“In 1996 we incorporated Inter-Trading Leicester Limited. Prior to that, we were functioning as Inter-Trading Sole Trader. In 1998, I moved back to Leicester from Greece and took up Mythos Beer agency. My focus, by then was, primarily getting into wholesale of beer, wine and spirits, to on-trade businesses,” he says, adding, “We have been distributing nationally to wholesalers and deal in direct retail business-to-business. We also export to other countries.

When asked if a fresh start in Uganda, in terms of business, was on the cards, since he was born there and spent a significant part of his childhood there, he elucidates, “There are plenty of opportunities, but the major problem is that the currency fluctuates tremendously and there’s strong foreign exchange control in those countries. Previously, I used to export to Uganda. In fact, I speak Swahili, Gujarati and Hindi.” This did not come as a surprise. With grandparents, parents & wife from Gujarat, there’s not one but many reasons for Bharat to keep going back to India.

Bharat’s current business ventures include Inter Trading Limited (in UK) and Volta Investments, which is involved in commercial farming in West Africa. But his largest investment so far has been in the warehouse (the second one) he bought about 17 years ago. Spanning about 28000 square feet altogether, with 10 full-time employees.

“At any particular time, We have warehouse full of beers, wines, liquors, beverages, alcoholic and non alcoholic,” says Bharat, whose brother and nephew (brother’s son) are his support system in his businesses.

Like other industries, the market has changed massively for the beverage industry. The purchasing power has escalated and so has the demand for a mix of different brands and multiple choices. “When we first started, we were dealing with less than 100 SKUs.  With growth, the focus changes. Once you stock a product, you are expected to sell all other similar kinds of products. For example, if you go to buy tea, you expect them to stock milk and sugar. You don’t go to four different places. Similarly, when you’ve got a bigger range, one product helps sell the others.”

Asked about his favourite brand, Bharania says, “We have all the big brands, however, the best is from Britvic. As a supplier they understand our business therefore with each others support  we try and stock every brand of theirs.” For him, craft beers is just a fad like RTDs (Ready to Drink) and he believes in stocking  as many brands as possible. “RTDs were big once upon a time but now flavoured ciders has taken over the market. Similarly, craft beers sell mostly within the M25 area.”

The 57-year-old businessman believes in having a healthy competition. “Competition is good. It keeps you on your toes. You’ve got be smarter than smart to make money and be successful.”

Expanding his business is next on Bharania’s agenda. “We are always looking to grow the business. If there are any opportunities, we definitely give it a good thought,” he reveals, adding, “We have a wide range of beverages, probably about a thousand different ones or maybe over. Hence, the expansion is going to be within the drinks industry as you’ve got to stick with your trade. The idea now would be to buy somebody out – smaller companies, perhaps, so you get the instant results.”

The country is left in a lurch with pro and anti-Brexit talks but Bharania remains unruffled. “It is very hard to predict how good or bad Brexit is going to be for the country. Businesswise, if one door is shut, other doors can open. Maybe if UK starts doing trade deals with Commonwealth Countries – there are 53 nations – so that can mean a lot of business and many more opportunities. In short term, it’ll be hard, but in the long term, it will work. Whoever is the smartest will get the opportunity.”

He shares similar views about recession too. “There’s no recession. For me, it is as if opportunities are like one huge cake – all this time the just few nations had most of the cake but now every nation is biting at the same cake, so people are crying recession.” Nevertheless, he acknowledges all the opportunities he got here. “Certainly, UK has given me the right opportunities at the right time. Hard work and patience always pays of,” he says, concluding with another piece of advice – “Follow the leads, make choice by listening to your heart and start with organic growth instead of trying to become rich using short quick methods. You’ve got to stick with it, work hard and enjoy the journey.”