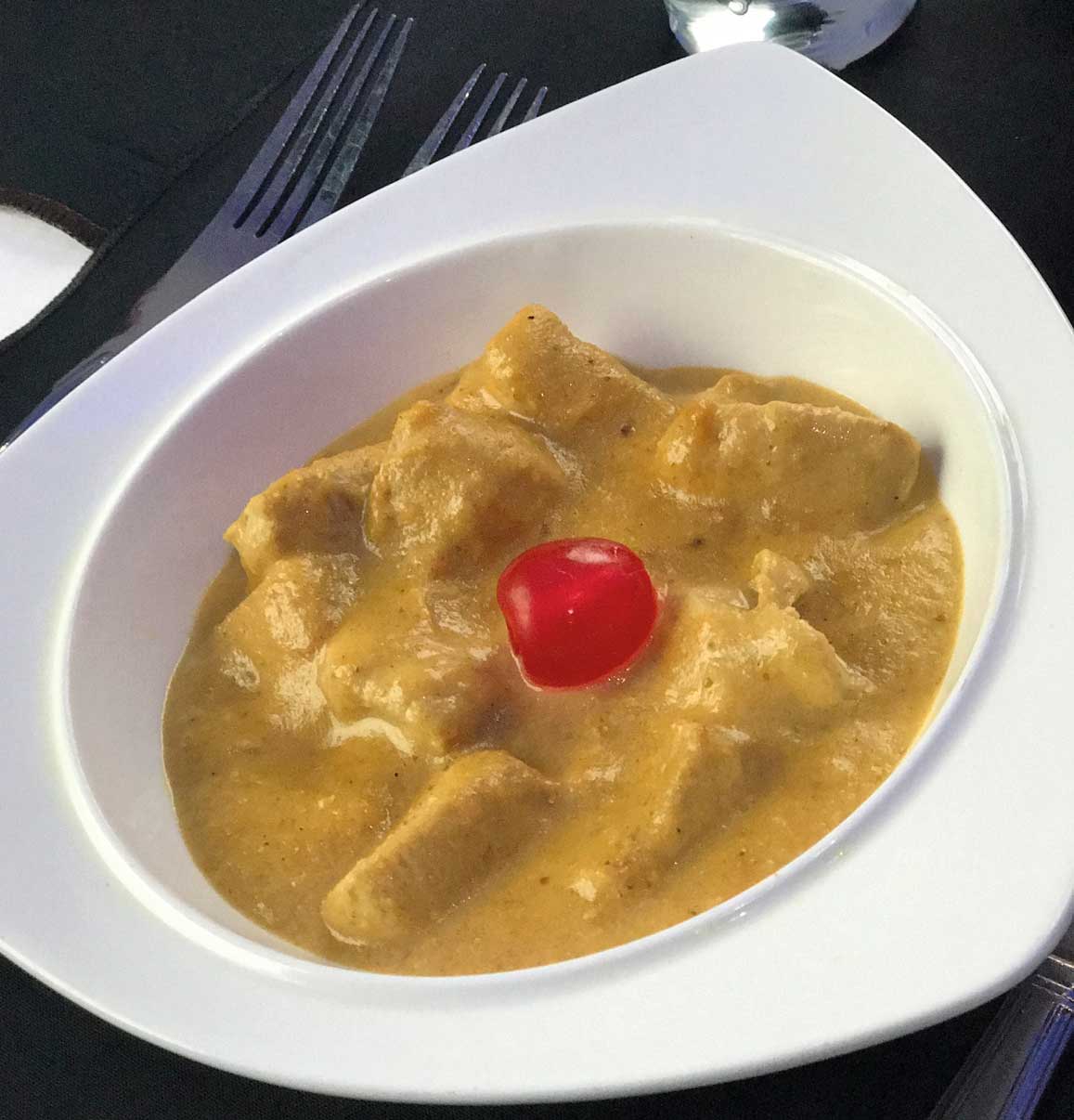 HOME IS WHERE THE BHAJI IS !

Ask people to name the most popular home-cooked meal in Britain – and which food comes to their lips?

Roast beef and Yorkshire pudding must surely be up there, you’d think.

Or perhaps good old favourites like fish and chips or even spag bol?

Well you’d all be wrong.

Unveiled as the country’s favourite national dish in a recent survey was….wait for it….curry!

The research – by supermarket app Ubermarket – found that over a fifth of 2000 respondents (some 21.6%) cited curry as their favourite food to cook at home.

Perhaps equally surprisingly, it was spag bol, which came a close second with the classic roast lunch struggling to get to third place.

Making up the numbers were two other dishes from foreign shores – in the shape of lasagne and chilli.

Drilling a bit deeper into the curry findings, it was Thai green curry which found favour with most people, with its simple-to-make mix of spices and coconut milk – followed closely by Indian classics like tikka, masala, biryani, korma and madras.

So what has caused this spread in popularity which has seen curry grow from being Britain’s favourite takeaway to now being the favourite food cooked in people’s homes?

There’s no doubt it all stems partly from the increased availability of more exotic, fresh ingredients than your common British spud – but there are other key reasons according to Habiba Chowdhury, who runs a successful, and growing, Indian cookery school and one-to-one classes from Northwich, Cheshire, called My Curry Club.

She explains: “I believe that palates in this country are more open than ever to new and exciting flavours – while at the same time people are getting more conscious of what they eat.

“This means that people are fussier about what they are cooking at home – and the wider availability of fresh ingredients in our supermarkets means they can have what they want.”

She adds: “Given the runaway popularity of Indian restaurant and take-away dishes, I suppose it’s not surprising that what people want in their own kitchens is curry.”

The best-selling author of almost 30 Indian cookery books, who also runs cookery classes, says: “I think the main reason behind the spicy food epidemic in Britain is that people are travelling more to India and South East Asia. What they eat during their holiday, they want to replicate when they get back home.

“The other reason, of course, is that there is a large number of upmarket Indian and South East Asian restaurants in Britain today. These restaurants offer food that is very close to what people taste when on holiday.

“Home cooking is on the increase which is wonderful to see.” And who is behind this explosion in her view?

She adds “I find it quite amazing how a few Bangladeshis, who came to Britain with their British employers when the Raj ended, launched Indian cuisine in London first and then it’s continuous and extraordinary growth spread the length and breadth of the country. “This has made it what is now – nothing short of a phenomenon.  We have the Bangladeshi community to thank for putting Indian food on the map in Britain.”

The growing willingness of Britons to experiment was also something picked up by the survey – with 22% of home cooks exploring recipes on social media or in books before turning theory into tasty reality – while 21% said the recipes they tried out were completely new to them.

So what tips can our experts, Habiba and Mridula, pass on to aspiring home chefs?

Habiba believes that good planning is the secret to using scarce time ‘so that people can multi-task and make more than one dish at a time’ – while Mridula advises cooks against over spicing dishes ‘so that the natural flavours of the meat, poultry, fish and vegetables shine through.”

The ease of making a good curry – compared with the relative complexity of preparing a roast – is another reaction to the Ubermarket study, with one home-cooking fan speaking for others when saying ‘with all the increasing pressures on people’s lives, there’s something very attractive and satisfying about putting together a quick-fix curry.”

Whatever the reason, the survey is further evidence that the dish is continuing to curry favour with increasing numbers of British families.