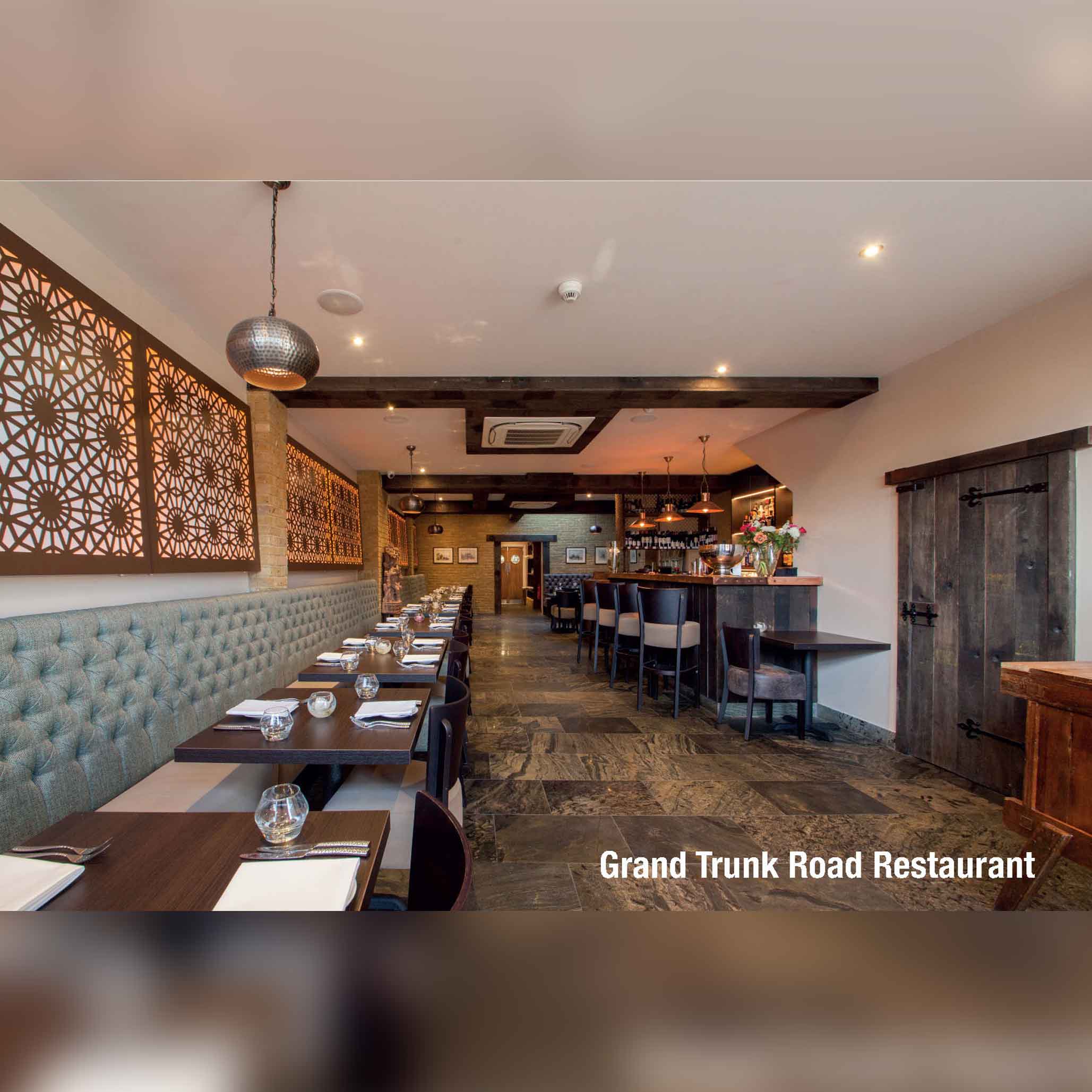 Street ahead is Grand trunk Road

It’s probably fitting that two groundbreaking pioneers of the Indian restaurant trade have named their new restaurant after one of the greatest pioneering projects ever attempted on the Indian sub-continent.

Rajesh Suri and Dayashankar Sharma were in the vanguard of attempts to have Indian food recognised by the Michelin guide in the early 2000s, when Rajesh was COO and Dayashankar head chef at the renowned Tamarind restaurant in Mayfair.

So when they decided to set up their own independent restaurant a few years ago, they typically thought big and called the eatery Grand Trunk Road – after the 1,700 mile northern Indian trade route dating back to 16th century and running through the famous Khyber Pass.

And with the characteristic attention to detail which marked their quest for quality at Tamarind, they decided to travel to the GTR in search of authentic ingredients and dishes for their new restaurant.

The result is a high-end West End quality restaurant in the Essex suburb of South Woodford where Rajesh lives.

Expanding on the philosophy behind Grand Trunk Road, he explains: “In this business, you have to innovate to stay ahead of the game.

We had to fight hard to get an Indian restaurant recognised by Michelin back in the day – and ultimately succeeded. We wanted to bring that same ambitious approach to quality to our own restaurant.

“Knowing that this meant paying great attention to detail right from the outset, we used the year before opening in 2016 to travel across the Grand Trunk Road, so that we could get a first-hand feel for authentic ingredients and cooking styles.

“We knew we had to do something special to create a thriving high-end West End style restaurant in the London suburbs.”

But equally satisfying has been the reaction of diners, with numbers increasing year-on-year at the 50-cover restaurant.

This became clear when we visited Grand Trunk Road on a normal Wednesday lunchtime, when rivals would be closed or empty, to find a busy bustling sitting.

What also became clear very quickly was that this was no ordinary local diner, with choices limited to variations of biryanis, bhunas and dopiazas.

Even though this appetiser was a virtual meal in itself, we carried on purposefully to our mains, which were also beautifully spiced, cooked and presented.

The Tiger Prawns came in the shape of a Chingri Malai Curry, supplemented by coconut milk turmeric and ginger sauce.

And the Gosht Dum Lamb Biryani may have looked like an ordinary pie dish but, as with much else at Grand Trunk  Road, was nowhere near as normal as it seemed – with removal of the lid revealing the tenderest of lamb plus a soothing raita.

Add to all of this a series of sides incorporating everything from okra and beetroot to Indian cottage cheese and spinach – and our feast was complete…. oh apart from a selection of ‘chef’s special ice creams’ consisting of rose petal, avocado, coconut and pineapple versions, which we were assured would ‘just slide down’.

As with the rest of the meal, each dessert dish benefitted  from the use of fresh, home-made, authentic ingredients – and felt like it was a one-off, made just for us.

This was borne out by Dayashankar himself, who emerged from the kitchen to well-deserved plaudits.

He explained: “We have a rule that no flavour is repeated throughout the menu, giving each dish the authentic taste that was intended when created in towns and villages across northern India.

“Given the feedback we  receive from our customers – and our rate of growth over the past few years – I’d say we are succeeding in our attempt to build an innovative West End quality restaurant here in the London suburbs.”

Based on our experience, there’s no doubt that the Grand Trunk Road is certainly streets ahead of many of its rivals.