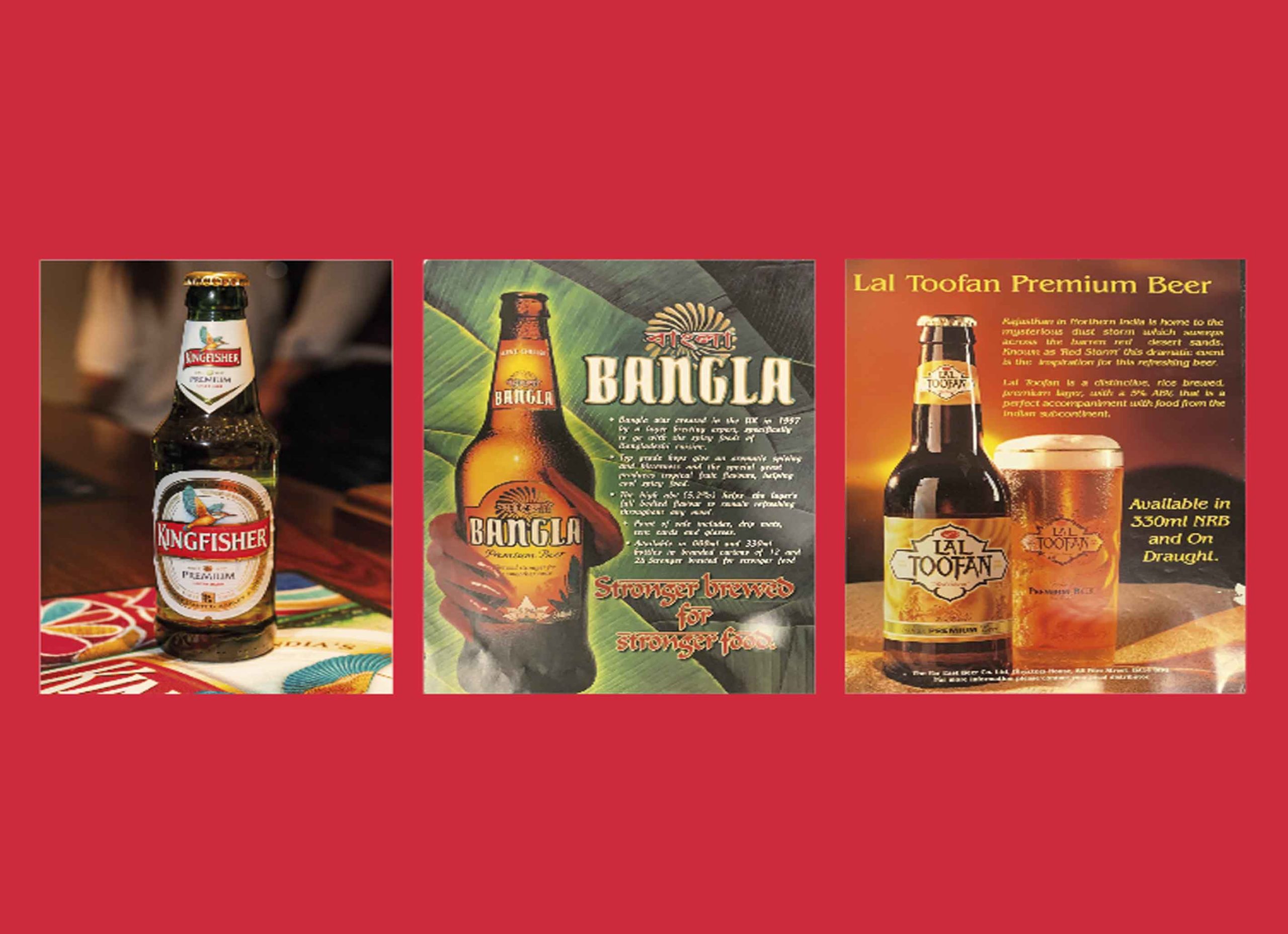 The man who introduced Indian Beer to the UK Market

Eloquent, organised and engaging. These are the words which best describe Surojit Walawalkar, who considers his 11 years with United Breweries Group to be the “pinnacle” of his long career in marketing. As he tells CurryLife his story, successes and failures included, it is clear that every single moment of his career and life has been a dream. It is a story to which young, budding marketeers would do well to listen to and learn from. Mr Walawalkar – or Wally, as he likes to call himself – is the true definition of a role model.

His journey begins in 1961 when, following his BSc in St Xavier’s College in Calcutta, he studied a postgraduate diploma in Business Studies at the Scottish College of Commerce in Glasgow, winning the Turnbull prize as student of the Year. He then completed a three-year graduate apprenticeship in Wolverhampton engineering firm Joseph Sankey and Sons Ltd (GKN), before returning to India as Product Sales Manager at GKN’s subsidiary in Mumbai, Guest Keen Williams Ltd.

After four years in this job, Wally felt the scope for marketing in its true sense was quite limited in the manufacturing sector. It was then that he decided to move to the retail consumer market. He said: “I wanted to do something that had a connection with people. Consumer marketing seemed to appeal to me greatly and was closer to what I had studied for.”

Sure enough, the prestigious Hindustan Lever Ltd hired Wally as Product Manager in the New Foods Division of their Mumbai Head Office in 1968. As anyone associated with its parent company, Unilever, will know – this is a truly ‘once in a lifetime’ opportunity to work with a world-class company at the forefront of brand marketing.

Wally returned to the UK in the early 1970s as Hindustan Lever’s Export Manager for packaged Indian food products. This was his first foray into the emerging Indian retail food and drinks market.

He joined their UK agents, BE International Foods Ltd, focussing on their Rajah brand spices along with imported Indian brands like Hima, Kissan and Dippys. Here he also got the opportunity to help start up a subsidiary company called Crown Noodles, manufacturing instant noodles in Crumlin, South Wales. Apart from making instant noodles his company developed the UK’s first ‘cup noodle’ – a precursor to the ubiquitous “Pot Noodle” developed by Golden Wonder after they took over the company.

It was not until the late 70s that Wally stepped into the beer market; the field that would become his “claim to fame”. United Breweries of India at this time felt it was a good opportunity for them to set up their own branch in UK marketing a range of their products particularly their flagship product Kingfisher beer, he said. While their agents BE International were importers and distributors of food and drinks predominantly from China and India, they were not brand developers.

Despite the fact that Indian restaurants were growing in popularity during the time, the drinks sold in the restaurant market remained dominated by the likes of Dortmunder and Carlsberg. A full-scale marketing project for introducing Kingfisher beer to the niche Indian restaurants was needed.

Thus a new company called United Breweries International UK was launched at a gala event in the Dorchester in 1982 and Wally was appointed to head up the operation as Vice President. So began his mission to introduce “Indian beer to the ethnic niche market”.

This project was easier said than done.

”I found it to be an impossible task,” he said. “When people, restaurant owners and customers alike, heard the drinks were imported from India, there was instant hesitation. The perception of poor hygiene standards, especially the quality of water in a developing country like India was brought into question.”

A long shipping journey, delays at customs clearance, non palletised cargo, all added to further quality concerns. Finally, there was no availability of draught lager in India.

This ultimately led him to start a joint venture for United Breweries with a Kent-based brewery called Shepherd Neame. This was the first joint venture of its kind to brew Kingfisher under license anywhere in the world. The solution worked like a charm, because it could now be supplied in draught and bottled form. This was the first time Kingfisher lager was available in draught, and the 1980s saw Indian beer- produced in the UK- finding a place on the menus of most Indian restaurants and with taps sitting instead of or next to Carlsberg.

Throughout the decade, Kingfisher, brewed under license in the UK, mainly dominated the market. Then, as the 80s came to a close, a new bottled brand imported from India called Cobra Beer was launched in by Karan Bilimoria CBE – with the claim of being ‘authentically Indian’ and being less ‘gassy’ – it established a growing share of the market.

Soon enough, Cobra followed the inevitable steps of being brewed in the EU under license and, by introducing a draught version, the market for Indian beers in the 90s became bigger and fiercely competitive. This is where Surojit Walawalkar’s marketing ingenuity came into play.

“During the 90s, the exotic taste of curry had increasingly become a part of the British food pallete,” he said. With the public already enamoured with the flavourful dishes of the Indian subcontinent, the region’s beer was its natural companion. A cold glass of Kingfisher or a Cobra beer became the automatic accompaniment to any meal ordered at an Indian restaurant.

“Curiously though”, he added, “a majority of the so-called ‘Indian restaurants’ that were in the popular hub of the British public dining-out experience were actually Bangladeshi.” Wally, who is half- Maharashtrian and half- Bengali, explained that he identifies strongly with his Bengali heritage, stemming from his mum’s side of the family. Though born in Jaipur, he completed his schooling and college in Calcutta, and was principally brought up by his Bengali maternal grandparents.

Though he doesn’t explicitly mention it, this part of his identity is what probably drew him to the prospect of recognising the brilliant contributions of the Bangladeshi community to the Indian food market in the UK. The explosive growth in the Indian restaurant trade in the 70s and 80s coincided with a singularly important historical moment in the history of the Indian sub continent. This was the formation of Bangladesh and its liberation movement starting in the spring of 1971.

As time progressed, many enterprising people from the Bangladesh especially from and around Sylhet and Dhaka emigrated to the UK. They helped expand exponentially the growing ‘Indian’ restaurant trade. Restaurants serving Indian food began spreading into every nook and corner of UK: from leafy suburban towns to remote villages in every part of England, Scotland, Wales and Northern Ireland.

He said: “I thought that the role of Bangladesh had to be recognised in some way by the consuming public and from a marketing point of view. I wondered: ‘why not have a brand of beer that echoes a connection between the country where the owners, managers, chefs and waiters come from?’”

This gave birth to the brand of premium beer called “Bangla”. Even if the move had an emotional motivation, the fact that it was a clever marketing scheme can’t be argued, and Wally reluctantly acknowledges it.

Not neglecting the other stream of Indian restaurants that were not Bangladeshi, he also launched a brand called “Lal Toofan”. This was carefully researched and the brand name was chosen to have a more blatantly Indian sounding name, thus declaring clear water from the more anglicised names such as the established brands Kingfisher or Cobra.

With the passage of time, Ushers of Trowbridge closed down its brewery in 2000 and the ownership of the brands moved on to Refresh UK and now continues to be well nurtured and supported by the successful company LWC in Manchester.

The brands became a part of Wally’s remaining active career in marketing until he retired in 2000. As successful brands do, they continue to thrive. As a person who seems to have kept busy for most of his life, it is no surprise that the 79-year-old returned to work with a year later as a consultant for Refresh UK in 2006, where he continued to work tirelessly for another six years after decided to “retire” from his long marketing career.

Alongside his work as a marketing consultant, Wally has extended his work experience to volunteering for charitable organisations over the last 14 years.

“I’m currently the Chairman of CAPE, an association of carers and parents of persons with learning disability in Enfield, and I am also on the Learning Disability Partnership board for Enfield Local Authority.

“It is work in a very different setting compared to the world of business,” he added, but I don’t think he’d want it any other way, if the pride and joy that shines through in his voice is anything to go by.

Surojit “Wally” Walawalkar has lots of interesting parts to his life story that one can focus on, be it his time working alongside business executives, entrepreneurs and owners of companies large and small, or serving as a board member in a charity or a local authority sector. He readily admits that after 56 years of being happily married, he owes a huge debt of gratitude to his clear-thinking, supportive and quietly-inspiring wife Ann, who is a retired senior civil servant hailing from Scotland. He talks proudly about his two sons, daughter and three grandchildren who have all made notable successes in their own ways. But the part of his life that not many people focus on is the successful story of the introspective, yet ambitious and articulate, immigration who has made a life for himself in the UK by doing what he’s good at and what he enjoys.

When this point is made, he is flattered and honoured. It seems that being recognised for the journey he’s been on isn’t high on Walawalkar’s list of priorities. “Being forgotten is only a part of life,” he said. As the dust settles on forgotten chapters of his life he cannot help but think of a quote from of revered writer and philosopher Khalil Gibran.

“Yesterday is but today’s memory and tomorrow is today’s dream.”

This attitude, and the wisdom that so clearly envelopes his every word, makes his story all the more worth remembering. An example to inspire future generations. 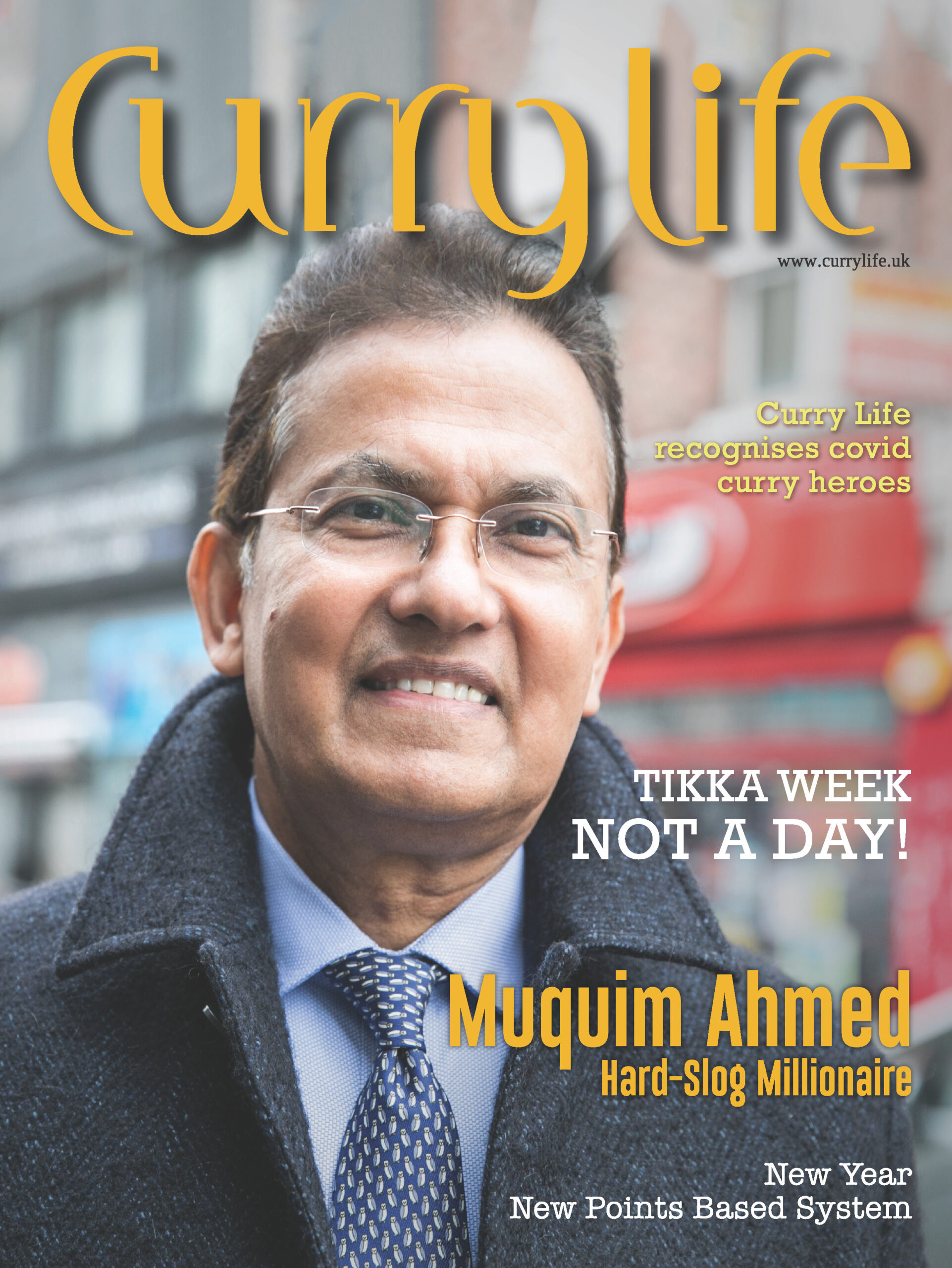 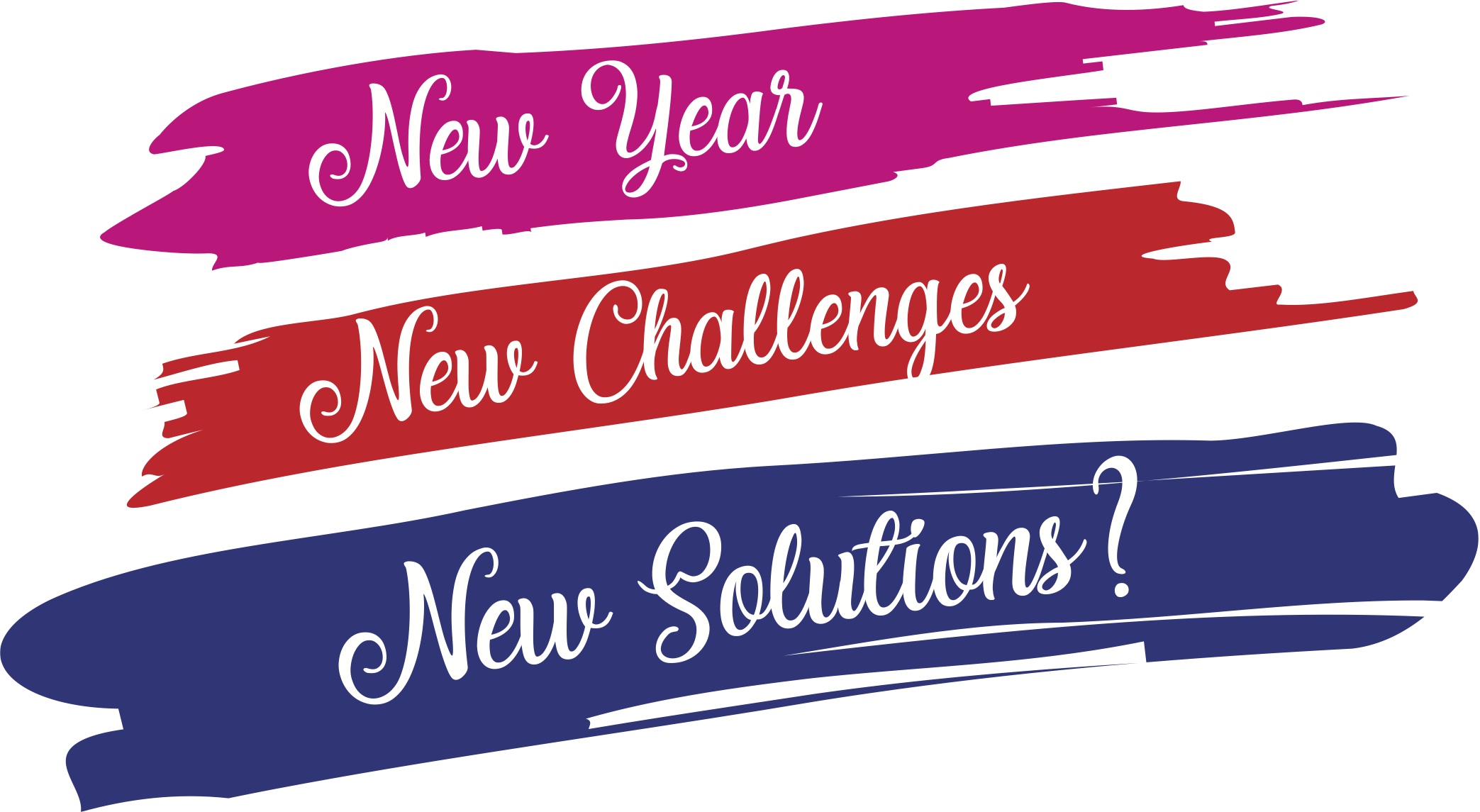 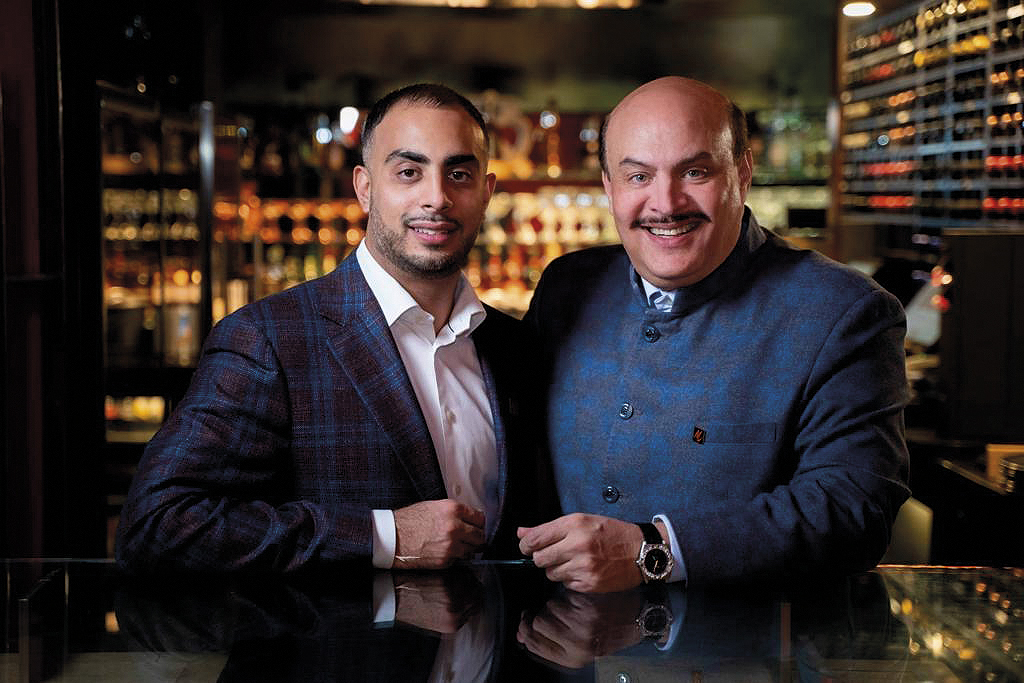 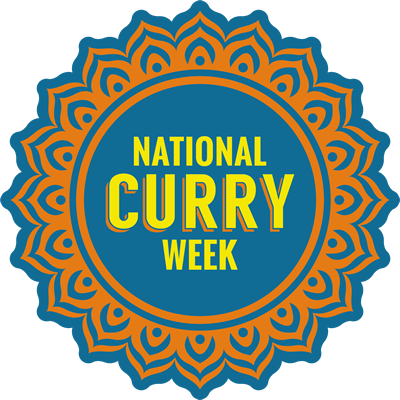 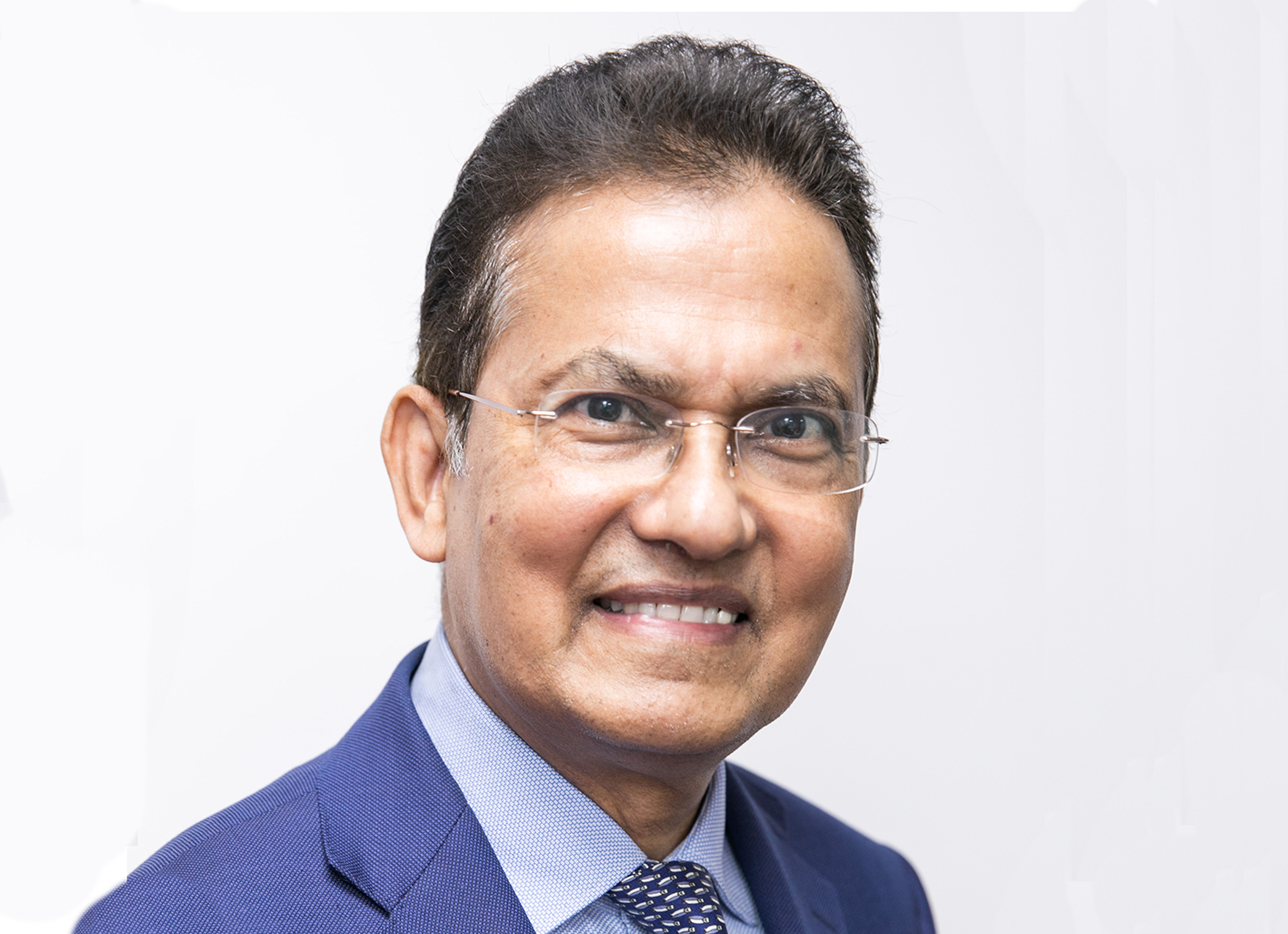