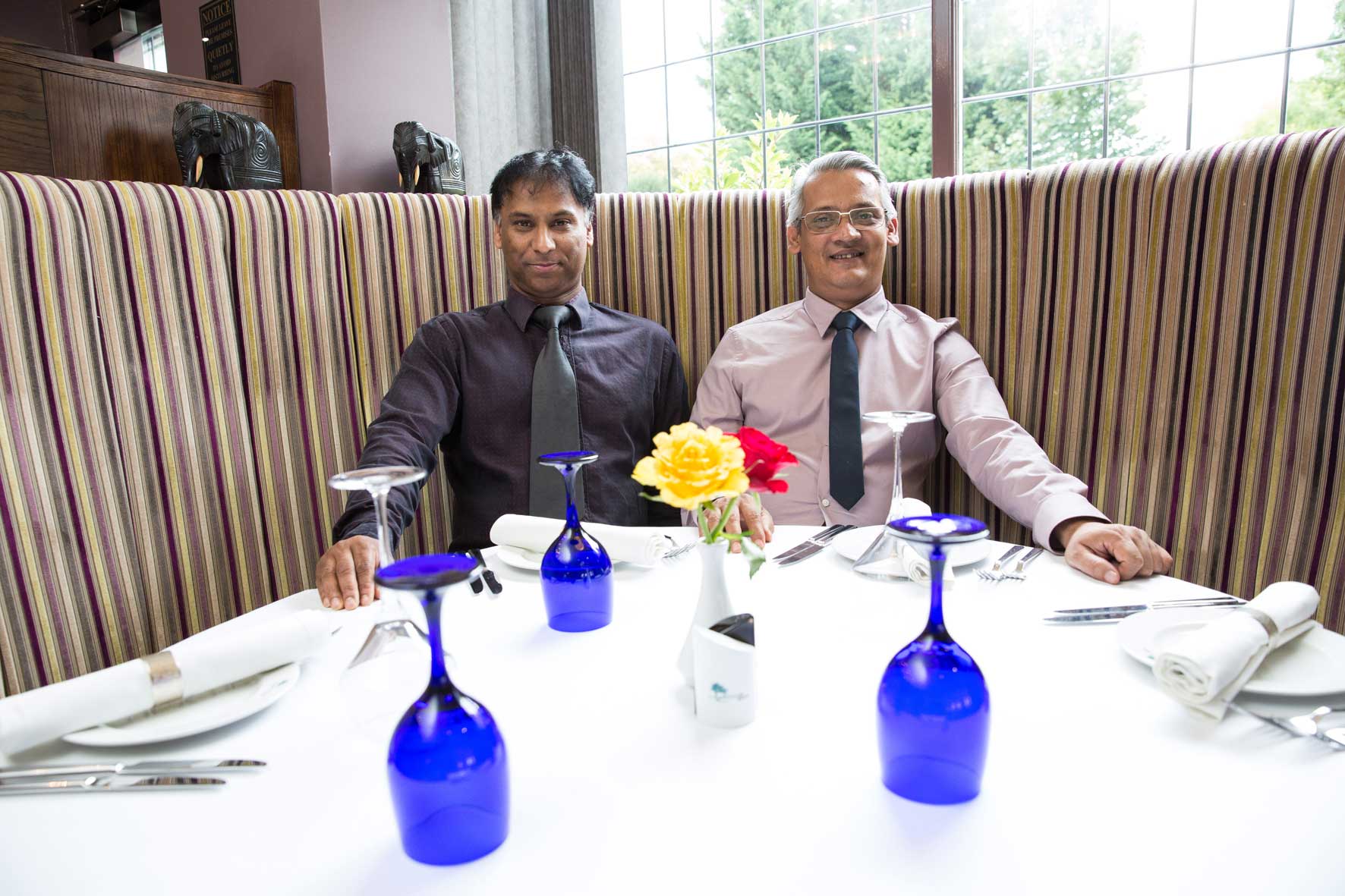 Dine BY THE RIVERSIDE

He’d obviously never been to the Riverside Spice in the heart of the Essex countryside  – which stands out both for a beautiful setting and its highly individualised approaches to traditional dishes.

Owner Abdul Hamid sums up the restaurant’s philosophy thus – “I’ve always said I wanted the restaurant’s food to have the same sort of attention to detail as home cooking and we have spent at lot of time and effort tweaking our menu to reflect this.

“The resulting recipes are handed down from  chef to chef so that standards remain consistently high.”

Add this painstaking approach to the stunning, typically-English, surroundings of the village of Earls Colne, just outside Colchester, – and you have anything but your common-or-garden Indian restaurant – something that was confirmed when the restaurant won Best Essex Restaurant in last year’s National Curry Awards by Curry Life Magazine.

Putting these high standards to the test, we thought we’d ask Mr Hamid which dishes had a particular ‘Riverside flavour’ – and were treated to a fascinating tale of how recipes had been tried and tested over the years by various members of the family.

We started with one traditional House Mixed Platter and something slightly different, in the shape of a Chicken Momo.

The latter comprised shredded chicken in a fried bread wrap which scored heavily for its delicate blend of mixed spices and onions topped off with a tasty tamarind sauce.

Even the mixed platter – comprising chicken and lamb tikka plus Tandoori chicken and spicy kebab – benefitted from subtle tweaks in spicing which made it better than your average platter plate.

Starting to fill slightly full already, we nonetheless pressed on stoically to sample a set of mains that also clearly benefitted from the owner’s attention to detail – and twists on traditional dishes.

The star of the show was a Lamb Tangya featuring a series of spices which, at first sight, might have worked against each other but, as it turned out, the tender meat was accompanied perfectly by the garlic, ginger and mango.

That’s not to mention the onions, cumin and coconut which gave the thick sauce a really refreshing edge.

A close second was a plate of melt-in-the-mouth Butter Chicken – with off-the-bone chicken cooked in a mild creamy sauce.

Add to that a drizzle of sizzling lamb – and even hardy foodsters like myself and my companion were struggling to look at the dessert menu.

But we pressed on like true troopers and sampled some refreshing ice-cream because, as every bloated diner will tell you, ‘ice cream just slides down’!!

So did the Riverside Spice live up to the advanced billing?

Well before we started tucking in Abdul Hamid had advised us that a key strand of his philosophy was that – ‘you enjoy food first with your sight, then your smell and, only finally with your taste’.

The Riverside scored highly on all three counts.

First it offered the eyes well presented dishes in a beautiful setting – while the food also more than definitely passed the smell and taste tests.

It’s truly worth a visit to dine by the Riverside.