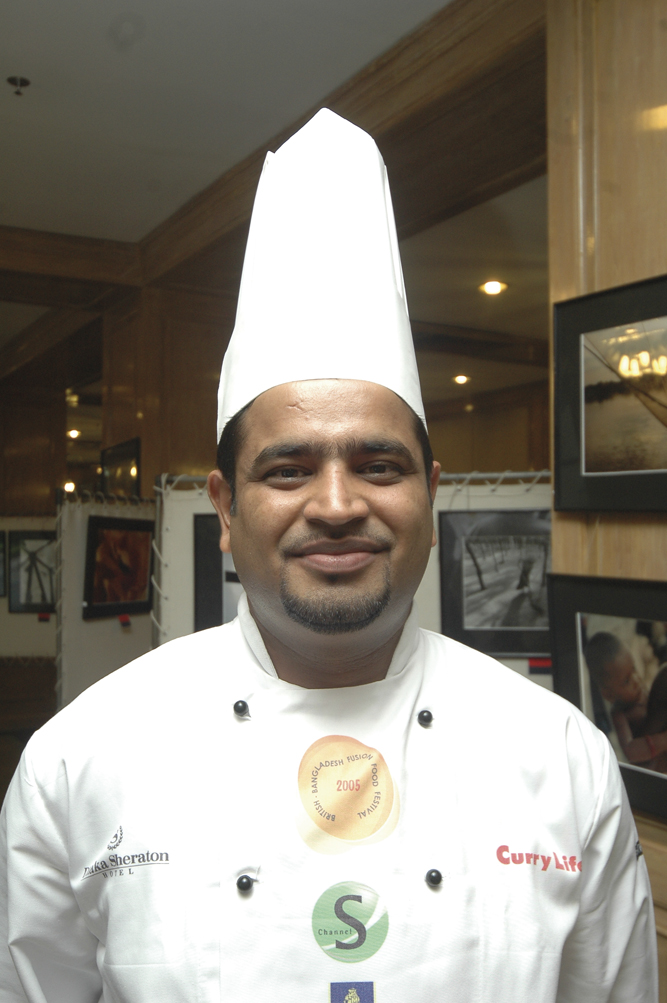 PROFILE OF A MULTI-TASKING ENTREPRENEUR

Oli Khan is a lot of things to a multitude of people: devoted husband, father to a young son, acclaimed restaurateur, chef, philanthropist, property portfolio holder and teacher name just a handful. But they barely scratch the surface of what this businessman has achieved. From an award winning chef to successful entrepreneur and his passion driving to do more.

This successful multi-tasking entrepreneur said about his core philosophy to succeed in life is that: “always keep your passion at the forefront of your mind with everything that you do. Do not place unnecessary pressure on yourself to accomplish something that isn’t true to your passion.”

Oli Khan is campaigner and keynote speaker at industry events; he also recently held the position of Secretary General of the Bangladesh Caterers Association – UK (BCA). He is now the Senior Vice President of the organisation that was established to provide support to curry houses since 1960. Oli is on a mission – not only to provide for his family and to be a financial success, but also to give back to the wider community.

Rewind to the late 80s and Oli arrived to the UK from Bangladesh. “I came with my mother and siblings,” he says. “My father and uncle already had a chain of restaurants in Kent. I did some courses and then I started working at one of the curry house. A few months later my dad encouraged me to open my own place; he assisted me with funding and I started my own business.” He’s eternally grateful for the support he received.

Oli was just 17 when Tandoori Knight began welcoming customers. “My inspiration comes from my family,” he says. “My mum was a great cook; I used to love watching her. And since I’ve been married, my wife has been very helpful and supportive.”

Over the years Oli has noted with a keen eye the difference between home and commercial cooking – he tries to incorporate the former into the menus of his three eateries, alongside an inventive, fusion style. “I can twist any kind of food to have an fusion style, aromatic flavour,” he says.

Since opening his first establishment Oli’s had restaurant other parts of the UK, and has also dabbled in other fields. “I’ve got a diploma in IT, and advanced level hospitality related courses,” he says.

He used that valuable experience at his own sites, and in 2007 Surma in Luton achieved the coveted five stars from the revered Food Standards Agency. “It was the first takeaway in the UK to be awarded,” he says.

The following year, Surma in Stevenage mimicked that accomplishment, a rating it still holds to date.

Alongside those triumphs, Oli takes his role at the BCA very seriously, as well as the numerous other posts he holds. “I sit on policy-making meetings with the high influential government level peoples and also with the Federation of Small Businesses regularly,” he says.

And Oli works with Curry Life too. “They are part of my success,” he says. “They praise and promote a lot of chefs – that really boosts their profile and encourages them to stay in the arena and grow.

“With Curry Life’s British curry promotion, I have travelled to many part of the world and it did helped me enhanced my profile as a chef.”

But the current conditions have Oli concerned. “At the moment, it’s one of the worst times for the curry industry,” he says. “I’ve been in the UK for more than 30 years and I’ve never seen a crisis like this. I’ve witnessed three recessions, but this is one of the most severe. There are so many issues, ranging from staff shortages, to the pound devaluing, the price of goods going up, and profit margins falling.”

Despite the bleak situation, Oli remains charitable, and is keen to share his experiences. “I love my restaurants, but I’d like to do more teaching,” he says. “I go to a lot of colleges and instruct students, and I’ve held classes for five to nine-year olds in a school, where I showed them how to make some very lightly spiced curry dishes. They really enjoyed it, and wanted to take some home for their parents.” Building on that is a goal for the future.

This strong desire to impart his knowledge extends to the community as a whole. “I work with a lot of organisations, giving them advice, and explaining things in Bengali,” says Oli. “I want to give back – not just to Bangladeshi’s, but to the wider public.”

With what seems to be never-ending array of skills, Oli’s extend to catering skills as well. “The last job I did was for a scientist,” he says. And he tackles veganism head on too. “That’s not a problem,”

Given his wealth of expertise, what are Oli’s top tips as a chef? “I pick the best spices, otherwise you don’t get the right result,” he says. “I roast them and then I grind them. That’s the way I cook and why it’s different from others. I also use shatkora, which is from the lemon family. Just a touch gives a lot of flavour – it’s so aromatic and tasty.”

And what’s next for the esteemed man? He have been featured in over 10 documentaries, and have another one coming out in 2020 by the BBC,” says Oli Khan.

But ultimately, it’s all about guiding and assisting others. “When I learn something, I want to pass on my knowledge and share with others. That’s what I like most – helping others.” With his passion as a foodie, chef, entrepreneur and community activist he has shown the world what a masterful juggler he is, keeping the work-life balance and still leading the way for Curry Industry.