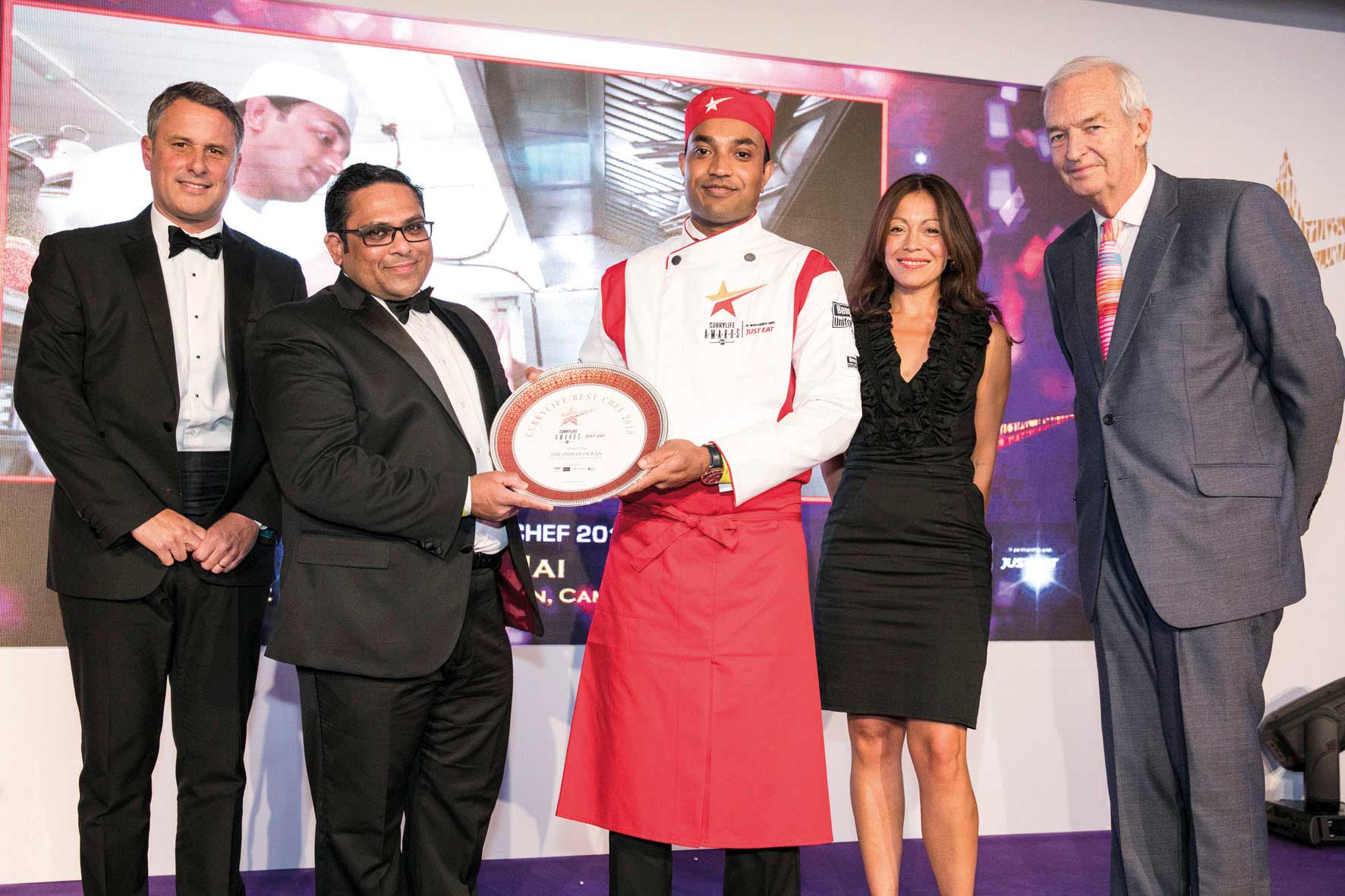 The bustling village of Histon in Cambridgeshire is famous for its apple orchards, beautiful village greens and popular graphitis. And, the forward-looking community thrives in bonding between young and old not only through farming, art and culture, but The Indian Ocean’s traditional yet modern curry.

Nestled in the dramatic landscape of Histon village in Cambridgeshire, The Indian Ocean restaurant is buzzing with life as the clock ticks five, every evening. The restaurant functions from 5.30 to 11pm but early arrivers from the village and neighbouring areas can settle in, order a drink and have a look at the menu. I was among them, who spent the next few minutes exchanging pleasantries with owner Ruhel Hoque, his staff and customers alike.

The curry house first opened its doors back in 1996 as Abidul Hoque, Ruhel’s father, bought the place to start his fourth restaurant. With successful ventures namely Balaka in Manchester’s Sale, Surma Tandoori in Ely and Kushiara restaurant in Saint Ives, Cambridgeshire, Indian Ocean beautifully sums up the legacy and contribution of Ruhel’s beloved father.

“My dad would have been incredibly proud of me with the way I’ve taken this business forward,” says an emotional Ruhel about his father who came to the UK in the 60s and began working in the housekeeping department of The Savoy Hotel, London and eventually moving into the kitchen. “He worked with some really good chefs in the industry from whom he picked many skills and built on experience in famous restaurants such as Dilchad, Veeraswamy among others. He started his own restaurant in Sale, followed by Ely, but success came knocking on his door when Surma, his second venture, featured in the Michellin guide. That also led to his third venture – Kushiara,” says the young restaurateur.

Interestingly, the restaurant names have always had historic and cultural significance. The Indian Ocean trade zone has been a key factor in East-West exchanges throughout history. Back in the day, it was considered a dynamic zone of interaction between peoples, cultures, and civilizations. Similarly, Surma and Kushiara are two important rivers in Bangladesh, which support and sustain livelihoods and bring prosperity.

The décor in the restaurant is creamy white which gives a soothing feel, while a touch of red adds to the warmth. The 56-seater restaurant serves “traditional British Indian food” cooked using modern techniques but preserving authenticity. High quality produce, creative chefs and use of technology has turned the restaurant into a winner with some of the best dishes in town.

The platter of starters, which had Peshawari Lamb Chops, Malai Tikka, Sheekh Kebab and Paneer Tikka was absolutely delicious. The spices in apt proportion and the meat cooked to perfection was paradise on a plate! The food was indeed delectable, and my curiosity led me to the kitchen. To say I was surprised was an understatement. It was the technical aspect of the kitchen that particularly impressed me.

The kitchen is big enough to hold an elaborate stove and burner range, with ample space to accommodate utensils full of freshly prepared sauce, a commercial tandoor oven, separate worktops and cutting and chopping areas. Interestingly, the tubs of freshly prepared spices were placed at a 30-degree angle to give the right gradient while scooping out the powders, and the serving plates and spoons all within the reach of the chef for a feasible and speedy cooking time. The additional appliances and equipment sat neatly on the shelves above the chopping area.

This tested and proven plan, according to Ruhel, reduces wastage of time, improves productivity, eliminates unnecessary hard work while all the cooking takes place in tandem. Thanks to his engineering degrees and five years on the job, from where he gained the skills and techniques.

Chef Abdul Hai, who was awarded the Best Chef 2018 award from Curry Life, has been with them for over 5 years and his attention to detail and drive for perfection has contributed to the flourishing business. Their specialities include Murgh Makhani, Meen Moilee and Lamb Shank. The Murgh Makhani had a pleasant amount of spice which was well-balanced with fragrant steamed rice. The Lamb Shank was flavoursome and practically fell off the bone, and I learnt it was cooked over little over 6 hours for the right amount of tenderness.

Before I was going to dig into a bit of all these dishes, a quick chat with few other diners in the restaurants revealed they were regulars and had tried almost everything on the menu. One such couple, John and Lin Woodley, who have been visiting since Ruhel was a youngster, vouch for The Indian Ocean as the best curry house in town. Speaking fondly about Ruhel’s father, John says, “I remember Hoque as a loving, family man who was smart, hardworking and generous. It was a pleasure knowing him and working with him as well.”

John’s previous job as a builder bagged him the project to convert a store in Bridge Street into Kushiara Indian Restaurant. “Oh well, it was quite a task as I had not worked on any Indian restaurant projects previously. Also, there were two other business partners, and everyone wanted different things, so that didn’t help the case either,” he quips. Lin, his wife, says, “There are many Indian restaurants around, but none up to this standard. The food is well presented, potions are good and price wise fairly reasonable. There’s something for everybody, and you can have it customised, according to taste and as per liking.”

“What we really like about Ruhel is he has picked a lot from his dad,” they both agree. Ruhel’s father played a pivotal role in the structure and function of his business. Till date, the restaurant follows most of his recipes and goes by the exact ingredients and quantity. The chefs in the kitchen too were trained by his father. So, the legacy of food continues with the best flavours and modern techniques. But when it comes to technology, Ruhel has incorporated his own simplified ordering and collection system, stock update software and ePOS systems.

“I have been studying the problems and shortcomings from an engineer’s point of view,” the engineer-turned restaurateur, who was born in Manchester, says, adding, “It is imperative to automate processes and upscale kitchen processes and simplify production of food preparation.”

Breaking away from a stereotype comes with its own set of challenges. A lot of curry houses like to continue with age old practices of food service and hospitality and follow their own traditional way of functioning. With tight immigration rules and policies, it is time to step up with better techniques and equipment as the industry is surviving on borrowed time. The important aspect of running a business is not in just identifying the problem but coming up with a solution too.

Computerised steam combination tandoor ovens are the solution for skilled tandoor staff. The tandoori oven is tough and not everyone can get it right. “The past few years have been excruciating with the rise in staff shortage more specifically tandoori chef. While researching for cooking aid, I chanced upon this and felt this could be a solution to the problem. I think this is the best investment I have made. There is no need for tandoor chef nor sous chef,” he says.

About growing and expanding in terms of number of restaurants his vision is clear. “I believe in investing time and effort in one place rather than having many but not being able to attend to them personally. Moreover, with staff problems, it is important to consider all factors before making commitments.”